Event cancellation insurance - what you need to know

While in the US insurance has been a central consideration for events for some time, here in New Zealand, alarm bells are only just starting to ring due to the increasing number of incidents occurring at events.

Already this year alone, Auckland and Taranaki storms have equated to almost $7 million in damages. Even with the harsh terrain of a New Zealand winter, event insurance is still overlooked, with the underlying theme being it is not necessary, because what are the chances of something going wrong 'right?' If there was more education around the topic, then opinions might swiftly change, as protecting your event will provide you with the reassurance that if something were to happen, your damages would be covered.

To broaden your understanding, here is an overview of event cancellation insurance and two of the main areas that fall under it that need to be addressed. Want to know more? Don't miss our joint webinar later this month.

Event cancellation insurance or 'contingency' as its also known in the industry, is essentially providing cover for your net loss should the event(s) be cancelled, abandoned, postponed, interrupted, curtailed or relocated due to circumstances outside of your control.

While the majority of events go without a hitch, event/contingency insurance should be on your mind when planning your next event as there are many examples of cancellation or disruption. The 2018 ASB Classic in Auckland, highlighted the need to purchase a robust insurance policy specifically tailored to the geographical and event exposures. The cover was put in place to provide full protection for their ticket and catering revenue plus also cover their contractual obligations in respect of sponsorship and TV revenue.

Exposures such as adverse weather can cause extreme disruptions as can the lesser known peril of terrorism.  The cover is available for both however risks will be underwritten on their own individual merits.  With the main exposures including irrecoverable costs and expenses, contractual obligations, tickets refunds and lost revenue, it pays to work with insurance experts who know your business and anticipate your needs as well as guiding you through the available coverage and advising you of any exclusions.

Under a standard event/contingency policy, cancellation due to "adverse weather" is usually excluded.  However, due to the risk that an adverse weather event could cause, the cover can usually be written back in for an additional premium. Adverse weather is ultimately defined as weather conditions which either pose a serious threat to the safety of those attending the event, or which prevent the event organiser from undertaking the necessary set up to enable the event to proceed due to concern for the safety of those responsible for the necessary set up, or reasons for physical impossibility.


An example of this was at the 2018 Heineken Urban Polo, whereby the event had to be relocated due to a waterlogged venue. Earlier that week, Ex Tropical Cyclone Gita had dumped a lot of rain across Auckland meaning that the venue had become unsafe for spectators as well as making it impossible to pack in. The adverse weather extension under the policy kicked in and the additional costs expended in order to relocate the event to a new venue were covered under the policy.

With the heightened presence of terrorism in New Zealand from the recent Christchurch attacks, event managers can no longer ignore the threat and it is imperative that they put the appropriate measures in place to ensure their event is protected.

Under an event cancellation policy, Terrorism is usually defined as 'an unlawful act, including but not limited to the use of force or violence, of any person or group(s) of persons, whether acting alone or on behalf of or in connection with any organisation(s) or government(s), committed for political, religious, ideological or similar purposes including the intention to influence any government and/or to put the public, or any section of the public, in fear."

Further to this Threat of terrorism is also usually included, which is defined as "information received by local or national governmental authorities relating to terrorism that poses or appears to pose a real risk of physical loss or damage or actual bodily injury or death if the event were to proceed, whether or not such risk subsequently proves to have been real or hoax."

Under a standard policy the Net Loss, as defined, is covered should the insured event be 'necessarily' cancelled, abandoned, postponed, interrupted, curtailed or relocated as a sole and direct result of Terrorism or Threat of Terrorism.

What this means is that for a successful notification under the policy, the event must be necessarily cancelled, as a sole and direct result of either Terrorism at the venue or within New Zealand.  The emphasis here (as highlighted) is the necessary cancellation, as a sole and direct result of Terrorism.  In respect of Threat of Terrorism the event must have been necessarily cancelled as a direct and sole result following information received by local or national government authorities relating to a threat which posed or appears to pose a real danger, whether or not the threat subsequently proves to have been real or a hoax.

Almost all of the events that were cancelled following the Christchurch attack, were cancelled due to a "fear" of terrorism or due to a moral decision.  Whilst the decisions taken were understandable, the terrorism cover under the policy would not react in these instances. Fear of Terrorism is an automatic exclusion under an event cancellation policy.

Disclaimer: This is a guest post that has been contributed to the blog by a Blerter partner. All reviews and opinions expressed in this post are those of the author, and may not represent those of Blerter.

To get a more in-depth overview, join the webinar with event insurance expert Stuart Hartley from EventCover, and find out how insurance can help mitigate risk at your next event! 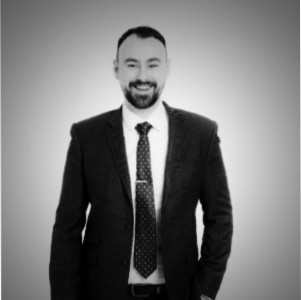 About author
Stuart Hartley
EventCover was born out of the necessity to have an underwriting agency on the ground in New Zealand who fully understood and was ingrained in the NZ events industry. Having worked as the Partnerships Manager for a major corporate broking house, Stuart Hartley felt the need to fill a gap in the market.
Learn more
Recent blog articles
Webinar
Prepare for the unpredictable
Join Stuart Hartley from EventCover on this webinar. Events are unpredictable and without the right protection, the repercussions can be severe.
COVID19
COVID-19: Does your insurance cover you?
As events across the world have had to be canceled, it has regrettably meant unavoidable financial losses for so many across the event space. Hopefully, you have started thinking about possible alternatives that could soften the blow.
Webinar
Webinar: Events are even riskier than before. Are you covered?
Join us for a webinar with event insurance expert Stuart Hartley from EventCover, talking about things that can go wrong at your event, and what you can do to prepare.